I’m not one to get up on a soapbox when it comes to politics.  One politician is, in my humble opinion, as bad or good as the next.  However, I feel the time has come for me to bring to light something that has been glaringly overlooked.  The closest thing I have to a soapbox is my bottle of liquid detergent, so without further adieu, let me begin. 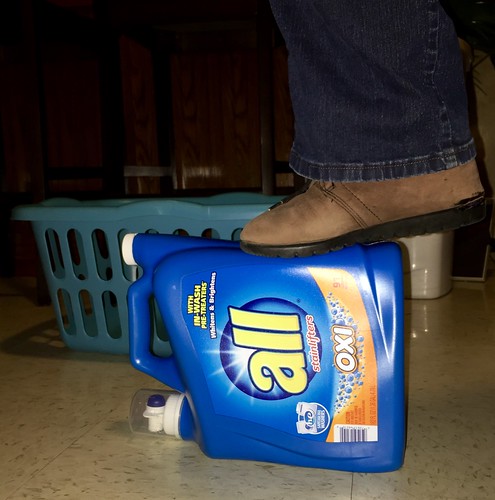 Donald R. Trump is not a politician.  He is the neighborhood bully you wouldn’t have voted into class presidency.  He is a spoiled, egocentric, tyrant who never received the good whooping he had coming to him.  In fact, I have indisputable evidence that he is Scut Farkus from A Christmas Story, all grow

n up and running for president.

So who is Scut Farkus, and why am I telling you this story when there are still 292 days until Christmas?  Scut Farkus is the little shit bully who torments our protagonist, Ralphie Parker.  And I’m claiming Farkus grew up, changed his name to Trump, and is now running for the presidency of the United States of America.  By the time you’re done reading this, I think you’ll be convinced as well.

When we meet Scut Farkus, he’s cornering Ralphie and his two buddies, Flick and Schwartz, along with Ralphie’s little brother Randy in an alley.  Farkus lets out an evil laugh.  The narrator, adult Ralphie says,

“There he stood, between us and the alley. Scut Farkus staring out at us with his yellow eyes. He had yellow eyes! SO HELP ME GOD, YELLOW EYES!!”

The boys run to escape, but are cut short by Grover Dill, Scut’s crummy little toady.  Every bully needs a toady to do his dirty work.  Bullies don’t typically have the grit for it, and dare I say, neither does Trump.

I’ve seen a lot of comparisons of Trump to Mussolini or even Hitler.  One included a who-said-it game, and I thought that might be valuable here.  Unfortunately, Farkus didn’t say much in this movie, so this isn’t a long game, but let’s see if you can play along.

WHO SAID IT — TRUMP OR FARKUS?

Scroll to the bottom for the answers.

The narrator goes on to tell us, “In our world, you were either a bully, a toady, or one of the nameless rabble of victims!”  Yet, Ralphie proves he is none of these when, finally, he is pushed to his breaking point.  His hot tears turn to rage and he rams into Trump . . . er, I mean . . . Farkus, and knocks him to the ground.  Ralphie pummels the bully to a bloody pulp, while his toady, Dill, runs home to his Dad.

If Trump ends up being our Republican candidate, which it looks like he will, I can’t wait to see who his crummy little toady is, but I’ll bet he was once known as Grover Dill.  You’ll know him by the way his lips curl over his green teeth.

If you’re still considering voting for Trump, please check out these common traits of bullies:

Does this sound like a certain Republican you know?  Is this the person you want leading the United States of America?

This year you will have the choice to be a toady or one of a nameless rabble of victims.  Or will you finally reach your breaking point, march into the election booth, and pummel this bully with your vote?

Lest you still harbor uncertainty for the likelihood of Scut Farkus having grown up to run as Donald Trump, I ask you to examine the uncanny resemblance.

Who said it — Trump or Farkus? 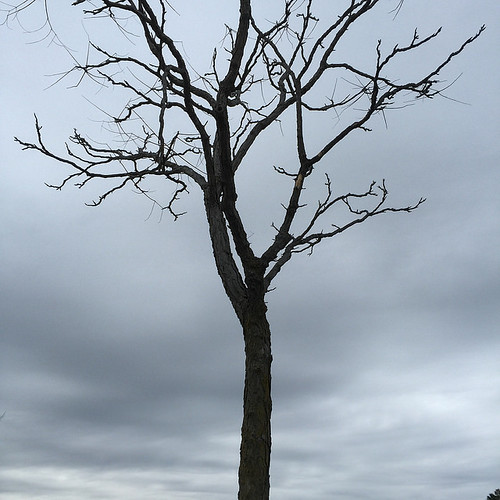 Everything and everyone are temporary.  Some things are temporary longer, but never permanent.  The oldest thing you can think of will someday be as gone and forgotten as tomorrow’s Top 40.  Is this too deep for a Sunday morning?  I apologize.  I’m in a melancholy mood.

How, you ask, is this woebegone thinking going to dig me out of the doldrums?  When I mention my thoughts on this out loud, at least one person will eventually tell me I’m depressing.  I understand.  Life is art.  Your perspective depends on where you are standing.   Lack of permanence is comforting or unnerving depending on your perspective.

Abraham Lincoln, in an address to the Wisconsin State Agricultural Society, once said,

“It is said an Eastern monarch once charged his wise men to invent him a sentence, to be ever in view, and which should be true and appropriate in all times and situations. They presented him the words: “And this, too, shall pass away.” How much it expresses! How chastening in the hour of pride! How consoling in the depths of affliction!”

Sometimes we control how long something will be temporary.  We can take action; re-cut a bad haircut, remove a tattoo.  We can take a break or even quit a job or relationship.  I prefer not to stay in an unacceptable situation if it shows no sign of change.  I left an employer over a decade ago, because I needed different hours.  I asked if there was any way to change my shift, and they said no.  It was a fine place to work, but it just didn’t fit my family needs.  Several people mentioned how they should leave too, for various reasons, but mostly because they hated it there.

Upon handing in my two-week notice, a couple of managers approached me.  They wanted me to stay.  They would have offered me different hours.  They would have trained me in different areas.  They really had high hopes for me.  Would I consider staying?  “Sorry,” I said.  “I already have another job.”  Perhaps if they had known I was so very temporary, they have valued me more from the onset.

When I go back to that place, I still see a couple of those people who said they wanted to leave.  If you wait for change to fall in your lap, you might have to wait a long time.  After a while you forget you have a choice.  Time flies when you’re having fun, but disappears forever when you’re not. 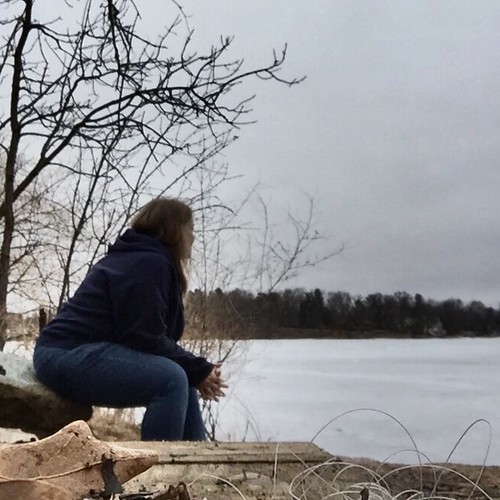 When things are really bad, I mean really bad, caring friends will ask, “Are you okay?”  To which I reply, “I’m fine.”  When they ask if I’m sure, I say, “What else am I going to be?”  I suppose the obvious answer to that is “not fine.”  But as long as I’m conscious and breathing, I make the choice to be fine.  The rest is temporary.

In my car this morning, Alanis Morissette was singing through the stereo.

I’m broke but I’m happy
I’m poor but I’m kind
I’m short but I’m healthy, yeah
I’m high but I’m grounded
I’m sane but I’m overwhelmed
I’m lost but I’m hopeful baby
What it all comes down to
Is that everything’s gonna be fine fine fine

She sings of the yin and yang of life.  The fact that I gravitate toward the yang when the yin of life weighs me down is a healthy thing.  I write.  I walk.  I get out of the house.  I look for beauty in the world.  I find beauty within myself.  I know both light and dark are temporary, and find delight and grief in their brevity.

So, yeah.  I’m a little introspective and quiet this morning.  And a little melancholy.

And this too shall pass.

Instead of clipping, sorting, and filing newspaper ad coupons every week, I watch for coupons through member perks.  Everyone has a membership program these days.  I have three coffee shop apps that track my activity, send me coupons, and even let me pay, all on my phone.  Everyone from convenience stores to Chinese restaurants message me to stop in and pick up the latest special just for the trouble of showing them the text.

Text coupons are convenient.  They don’t clutter up my purse.  I always have them with me.  There is nothing to throw out when they expire.  The problem?   Half of these coupons are BOGOs.

Technically, I’m not a single.  I’m not married, but Bubba and I are a pair.  Two peas in the same pod.  I’d love nothing more than to take him out on one of my BOGOs and spend a lazy morning conversing over two cups of coffee, one of them free.  Except he doesn’t like coffee.  He doesn’t like hot chocolate, frozen blended drinks, or teas — neither hot nor iced.  The only thing he wants from my coffee shop is a muffin and a Coke.  And he doesn’t want to laze around watching the sun come up while eating his muffin.  No.  In fact if you blink, you might miss seeing him eat it at all.  So I happily go alone.

When my kids were in school, they sold coupon books for fundraisers.  My mom would probably have bought one, except they were mostly BOGOs and she was a widow.  When they were both alive, Mom was a loner, and had no problem seeing a movie or stopping for lunch by herself.    A BOGO would have gone unused even then.

I get what they’re doing.  They want your business, but they also want you to bring someone else.  That way they can get more add-on sales with food, beverages or desserts.  They’re also trying to double their pay-off for the marketing.  Except they are excluding half of their audience, so in a way I really don’t get it.

For Valentine’s Day, my coffee shop sent out a BOGO text.  I wondered how irritating that is to those who have no valentine, or for those who have loved and lost.  It’s not enough that I have to listen to those horrible diamond commercials on the radio.  Now I have to consider buying two small lattes in the drive-through, drinking them both on the way home.

How about they just give me a percentage off my entrée?  Or a free dessert?  What about buy a coffee, and get a free muffin?  Now that’s something Bubba could sink his teeth into.  Or swallow whole, whichever comes first.