Once I gave up dieting, sold all my diet books to the half-price bookstore, and unfollowed all my diet social media, I began the process of learning how to decide what to eat on my own. That sounds so silly, doesn’t it? I’m a grown woman who raised four human beings into adulthood. I’ve been buying groceries and cooking for forty years. And I woke up that first morning like . . . now what?

One might think I dove headfirst into a tall stack of buttermilk pancakes with real butter, pools of syrup dripping over the edge of the plate. But I didn’t. I reached for a banana, because it was familiar and safe. I grabbed a knife, and in my mind I was deciding whether I should eat a half or a third. Numbers danced in my head. Calories.

And then I did the unthinkable. I ate the whole damn banana. 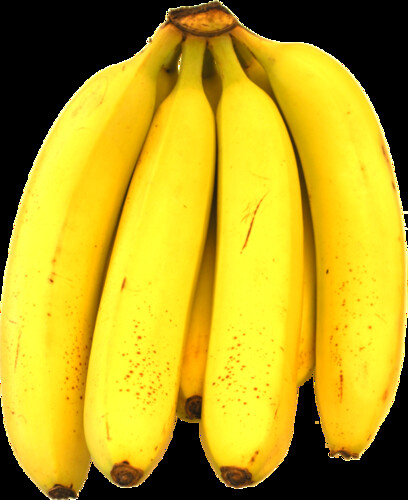 It wasn’t that I’d never eaten a whole banana before. Usually I ate it in segments; a half banana for breakfast, calories logged, with a serving of oatmeal and skim milk. Midmorning I might browse through the kitchen and snip off another quarter, justifying that it was a harmless fruit. After lunch the last quarter would go into a scoop of ice cream with chocolate syrup and whipped cream, if we had it. I might even have added nuts.

And there it was. I’d blown it.

By 4 PM I was crabby, defeated, and angry. Fight or flight. Except I’d used up all my fight trying not to eat that sundae, and consequently wishing I hadn’t. So I’d fly into the kitchen and look for that One Thing that was going to make me feel better. I’d eat toast. Nope, that wasn’t it. I’d try fruit. Not quite. Maybe something salty? Gooey? Protein?

Eventually, I’d sit on the couch, stuffed to the gills. I no longer felt angry or crabby. The demons had been sufficiently numbed. Sometimes I’d sleep, waking groggy, guilty and full. But there was one more phase — keeping the secret.

Because . . . This was embarrassing, this weird afternoon rage through the kitchen. So I would fix a perfectly normal dinner for Bubba and I, with meat and vegetables, maybe a salad or potatoes. And I would eat that too. Because otherwise I’d have to admit I had already eaten toast and fruit and chips and candy and cheese and god knows what else. And having him forage through the fridge looking for something to eat on his own would have deepened my guilt. Then the meat and vegetables I had planned to cook would rot in the fridge, and I’d have to throw them out. More guilt. Better to keep the secret, eat like a bird, and end the night in gluttonous discomfort.

So, yes. That first day I ditched dieting I ate the whole. goddamn. banana.

I ate it with whatever else I had for breakfast. But I remember that full banana because it was the first full banana I’d eaten in years without bargaining a smaller bowl of oatmeal, or promising myself I’d leave the rest until the next morning, knowing full well that fucking thing was going to land in an afternoon sundae.

And I was full until lunch, when, making my salad, I picked up a ripe avocado. I pulled out a sharp knife, and sliding it through the rough skin to the inner buttery flesh, numbers began to dance through my head. Calories. Should I slice up a third or a fourth?

Then I sliced half of the avocado and laid it gingerly on my salad . . .