That’s what I typed into Google on a summer afternoon in 2016. The first few results mentioned binge eating. From there I followed the White Rabbit through a myriad of tunnels to eventually find the Queen of Hearts herself. 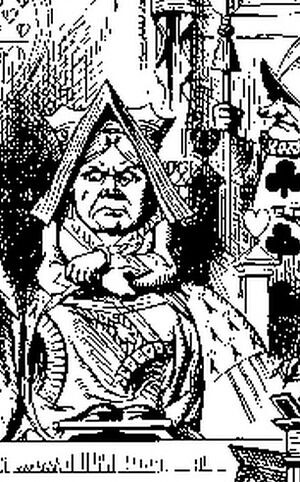 The Queen was my disordered eating, born from a lifetime of diets and restrictions. She was stern, harsh and unreasonable. She lured me into each of her plans with promises of health, vitality, youth and virtue.

It was that afternoon in my moment of clarity, I had watched myself sneak food the minute Bubba walked out of the house. I mean, he doesn’t judge me. We have plenty of food for both of us. Yet I was covering the evidence and hiding it like I had stolen the Queen’s tarts. And I typed, “Why do I eat when I’m alone?”

“Would you tell me, please, which way I ought to go from here?”
“That depends a great deal on where you want to get to,” said the cat. 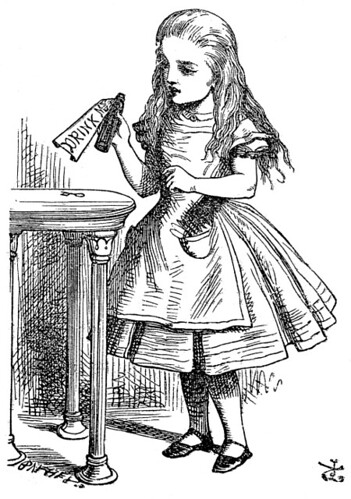 Through the tunnels and turns, I learned the difference between an eating disorder and disordered eating. I learned that I needed to quit dieting. Cold. Turkey. Just like that. And so I did. Like an alcoholic setting the bottle down and making a personal pact with my soul, I promised myself I’d never diet again. Just listing those diets above was like smelling the acrid liquid in front of my lips. I wanted to revisit them. Read about and remember them. Employ just one healthy tip. Take one tiny sip.

I rid my shelves of all my diet books. There were tens of them. I deleted my diet apps and meal trackers. There were a dozen. I stopped following countless diet pages on Facebook, Twitter, Instagram and Pinterest.

“Who are YOU?” said the Caterpillar.
This was not an encouraging opening for a conversation. Alice replied, rather shyly, “I-I hardly know, sir, just at present – at least I know who I WAS when I got up this morning, but I think I must have been changed several times since then.”

Over the years, the Queen of Hearts assigned a morality to the simple act of eating. There was good food and bad food. There were good times to eat and bad times to eat. Good and bad places and ways to eat. Snacking . . . from the fridge . . . standing up . . . without counting it . . . was a very baaaaad thing to do. In this harsh world of Wonderland, it was indeed equivalent to stealing the Queen’s tarts.

Every morning I’d wake up hopeful and ready to start my diet with a renewed sense of willpower. And every night when I laid my head to sleep, I’d hear her accusing words.

“Off with her head!”

Typically, I’m not a fan of those stories that end with the protagonist waking from her dream only to find out the whole story was a metaphor for life. But today I quite like the idea that my eyes are wide open. That I’m not lulled into the false dream that I need someone else to dictate what I should eat and when. I’m no longer thinking about food every minute of every day. What can I eat? What shouldn’t I eat? How much can I eat? Did I really eat that?

There are more important things to think about, like, what can I do? For what am I grateful? Who can I help? Who am I today?

“It’s no use going back to yesterday, because I was a different person then.”
― Lewis Carroll, Alice in Wonderland