I imagined starting off this post with all the excuses I haven’t been writing. My computer broke. I’ve been crocheting. I have more. If you’re interested, just let me know. But I highly suspect you aren’t.

The truth is, I’m speechless. At a time when I feel like I should most find my voice, I’m embarrassingly mute. It’s not that I’m disconnected; quite the opposite. I’ve become a news junkie. I go to bed at night wearing wireless earbuds and wake up in the morning wondering what I missed after I fell asleep with them in. It’s that bad.

I’ve always maintained that I can’t change what goes on in the vast world, and so I’m just going to pay attention to those things that I can change. Someone’s day. My outlook. A corner of the garden. That worked for me because I believed, and still do, that the majority of people in the world are good. I believed things would all work out in the end because good conquers evil most of the time.

So now I’m a news junkie and I can’t claim blissful ignorance anymore. I understand that the good majority is poor, and that money buys the world. And what does one do when her voice is small and peaceful in a world that is screaming injustice at the top of its lungs?

It’s not that I have nothing to say. It’s just that there are others saying it so well and so loud with all the best words. (That’s funny, right?) I can’t compete. Nor should I. Just because I have opinions on the news doesn’t mean I ought to write about it. That’s like somebody who admires and critiques art feeling guilty for not painting.

In the words of one of my favorite millenials, I need to do me. And if my voice is small and peaceful and speaks of wholeness, balance and love, there’s room for it. And maybe someone will hear it and smile. Because if all I do today is make someone smile, that’s enough.

I’ll never rid the world of injustice, prevail over all evil, or move millions to march. But I am enough. For that one person who just needed a hug or a smile or to be seen, I am enough.

So maybe you’ll be hearing more of me again. But you may need to take out your earbuds and listen closely over the roar of the protesters. 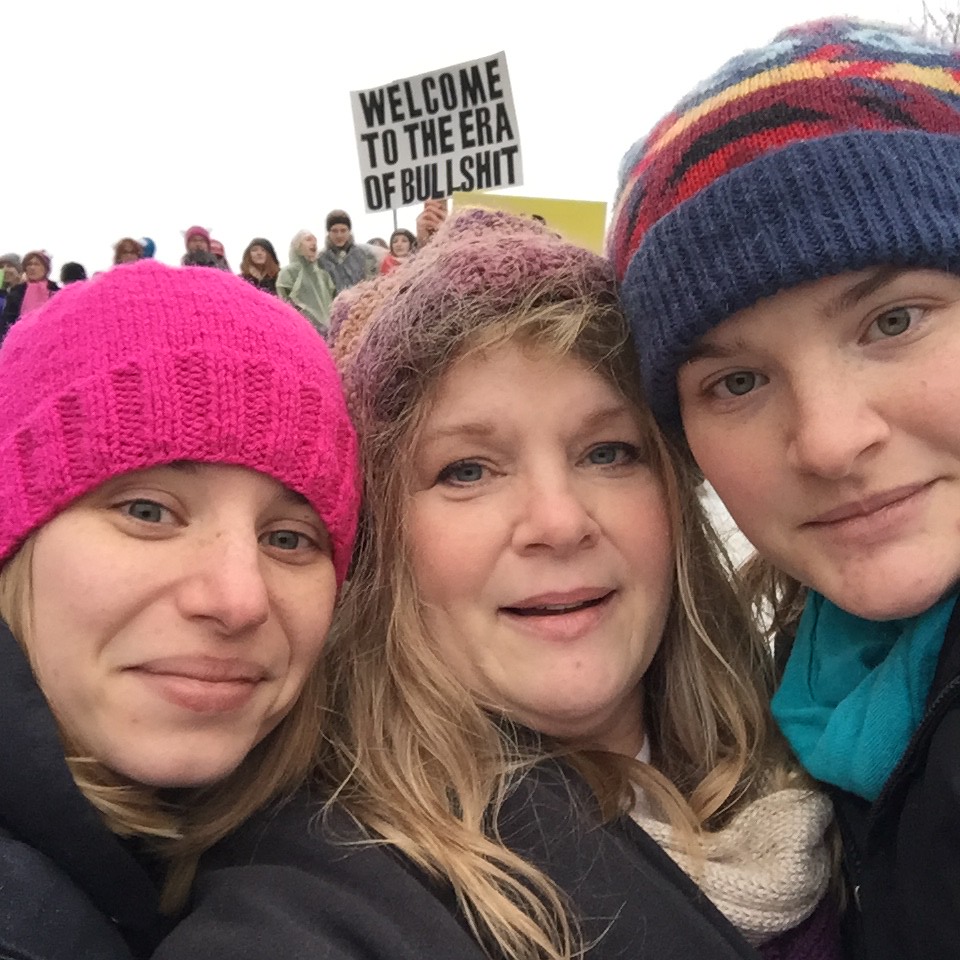 So proud of the women my daughters have become. They love deeply. They think critically. And on this day we became not just mother and daughters, but women standing as one with millions across the globe against injustice, fear, hatred, and bullshit.