When my children were young, I often wondered, “Who will you be?”  I analysed their every interaction, their every choice, looking for a clue to the men and women they would someday become.  What a privilege it is to see where they have chosen to go.

I always wanted four children.  Perhaps it’s because I was alone so much of my childhood.  I had a dear friend with three siblings, and I loved how they fought one minute and laid down their lives for each other the next.  I had a half-sister with four children who relocated frequently with the Air Force.  They were very close, and so articulate when they spoke.  These were all things I wanted for my children and, as near as I could tell, the common denominator was the family of six, and so I had that number fixed in my brain.

What amazes me is how four children from the same two parents, growing up in the same environment, can all be so different!  There is the Romantic, the Analytic, the Amiable, and the Renegade.  From the moment each was born, I’ve been captivated by the paths they’ve sought, like streams taking turns and clearing obstacles as they roll downhill.  It’s true that they won’t necessarily make the choices you would want for them, but at some point they make their own, and their streams turn left or right, running turbulent or tranquil. 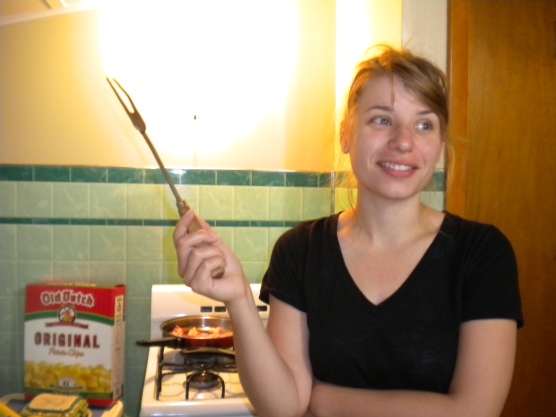 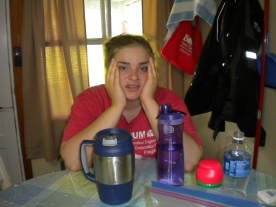 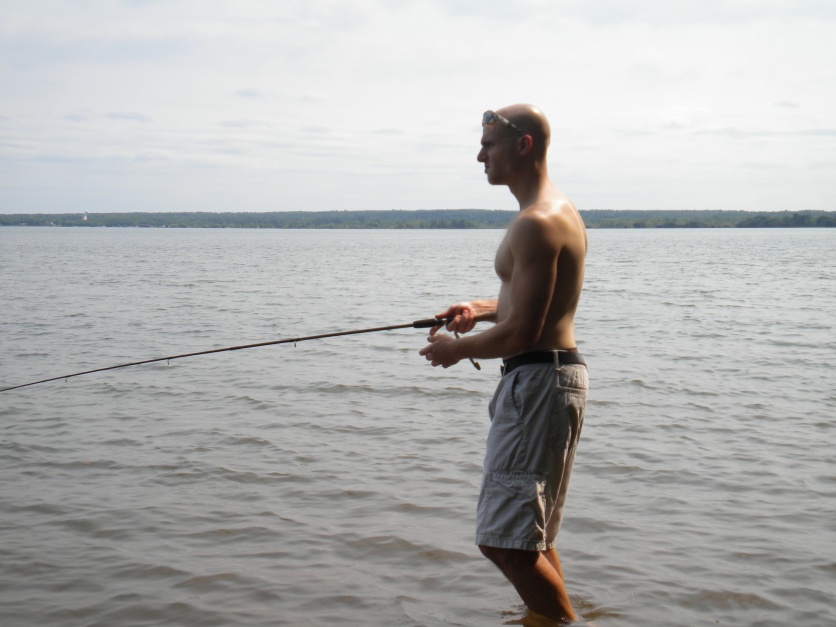 Just over a month ago we all met, with a couple significant others — Bubba and my *Sin-in-law — for a weekend in northern Wisconsin.

The Analytic conceived of the idea, collecting data on available weekends, required amenities, budget, and distance.  Having conceived a consensus, the Romantic, Analytic and I met over breakfast to plan meals, shopping and packing lists.  The Romantic, having developed a keen sense of nurturing, quickly volunteered to make the breakfasts.  It’s what she always does, she insisted.  The Analytic announced he planned to grill.  I took notes.

At the end of our planning session, I summarized.  “As far as I can tell, all we’ll be doing is cooking and eating.”  They assured me there would be time for other activities.

Most of us arrived in three cars within twenty minutes of each other despite the three and a half hour drive with separate routes and errands.  While the Analytic spoke with the resort owners, the Amiable unloaded armfuls of liquor and beer into the cabin.

The Renegade and I were the next to show up.  She quickly checked out the set-up and suggested bedroom assignments.  I stretched my hips and took the dog out for some exercise. When the Romantic and Sin-in-law showed up, both canine and human greeted them excitedly.

Bubba would leave home hours later, after his work shift, on his brand new motorcycle, while I monitored my phone for emergency texts and hospital calls. There were none, of course.  He arrived with a big bug-infused smile and motorcycle intact.

That night we relaxed with sloppy joes the Romantic made in her slow cooker, and much adult beverage.  I might have had a very inappropriate giggle-fit when a fire poker grazed the Sin-in-law’s head during a game of baseball between the Amiable and the Renegade. Yeah, well, I did say it was inappropriate.  And I apologized as much as one can do during a giggle-fit. 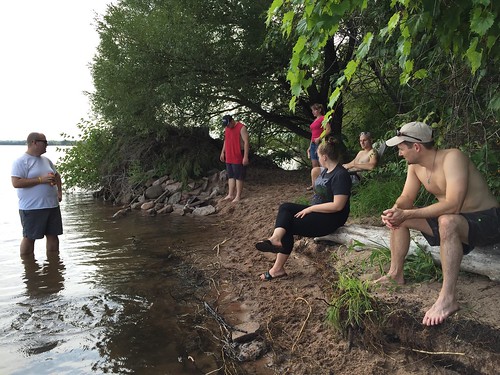 The next day there was ladder golf, much dog-Frisbee (in which a Frisbee is thrown to the dog; the dog is not thrown as a Frisbee), and fishing.  Let me explain that fishing with the Analytic is not the same as lazily throwing a line into the water.  There is wind calculation, water depth measurement, fish-finding technology, and two different kinds of motors.  I am told the Analytic does not go fishing.  He goes catching.  If that is the case, we saw no evidence.  However, the four of us who joined him caught a glorious sunset while trying to counterbalance the boat against the Renegade’s restless antics.

After grilled pork chops and corn on the cob, and the best darn baked potatoes I have ever eaten, the Amiable started a bonfire.  I think I smelled lighter fluid right before a fireball lit up the yard, but he maintained it was my imagination.

For the record, Ghirardeli Chocolate and Caramel Squares are AMAZING in S’mores!

I think I sang a song or two around the fire.  The theme song for Mr. Ed comes to mind.  Yes, I had a beer or two.  No one allowed any type of baseball.

A moon arose that night; the most beautiful I have ever seen.  It was a full blood moon hanging over the twinkling lights of the town on the opposite shore.  The scene echoed in the rippling reflections of the bay.  I tried to impress upon these “kids” how in all my years (and I’ve lived a few) I have never seen such a beautiful moon, and how lucky we were to share it.

All too soon it was time to go home.  Before I awoke, the Analytic was already packed, toting the Amiable fast behind him.  The Romantic made another breakfast.  The Renegade pitched in.  The drive back was longer than the one there, except for the dog, who crashed in the back seat for nearly two hours.

It’s true about the best gifts in life being free.  Keep your money.  Give me more time with the ones I love, and more love for the time I’m given. 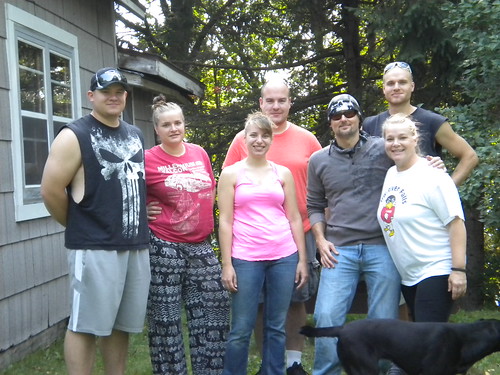 *When my half-sister moved in with her now-husband before they married, my mother totally embraced the idea — in fact I think she suggested it long before they did it.  Except she didn’t know what to call him.  So she called him her sin-in-law.  Everyone got a kick out of it, and so I lovingly call my daughter’s live-in boyfriend my sin-in-law.  He is — after all — family, and deserves a title.

8 thoughts on “The Romantic, The Analytic, The Amiable, and the Renegade”