When men lose their crap, women know where to find it.

Two-hundred thousand years of Homo sapiens haven’t demystified this common phenomena.  I’ll bet when Zog grunted that he had lost his hunting club, Unuk growled she last saw it next to the pounding stone.  I’ve lived with three men in my life; a father, a husband, and now Bubba.  So I speak from a fair amount of experience.  Even on television — Lucy and Ricky Ricardo, Carol and Mike Brady, and Marge and Homer Simpson — it’s all the same.  I don’t think much has changed since Zog and Unuk played house. 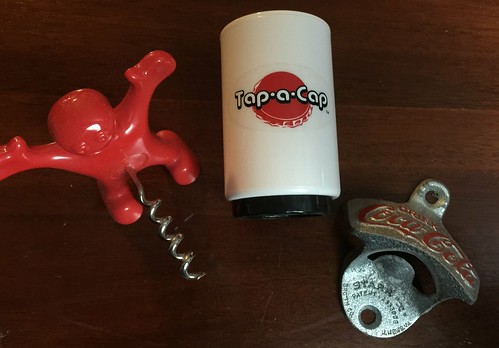 When we built a bar in the basement, everyone and their brother bought us different gadgets for opening bottles.  We must own twenty different and unusual gadgets just for opening bottles.  So when Bubba, thirsty for an old-fashioned cane-sugar Coca-Cola, went raging through the house roaring that he couldn’t find the bottle opener, I was perplexed.  There are twenty-some behind the bar.  Right? 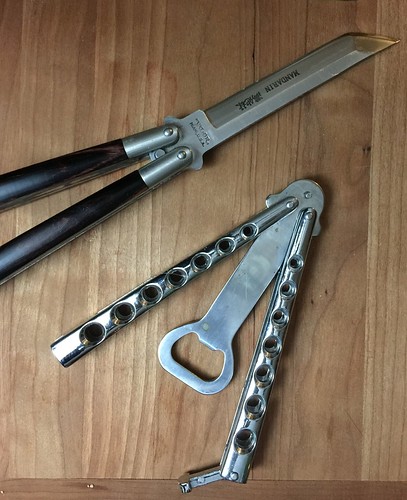 Then it occurred to me that he wanted his favorite bottle opener designed like a butterfly knife.

“Check by the coffee pot.”

By the coffee pot.  That’s where he left it.  Not only did he leave it there, I knew where it was.

How you choose to explain this mystery depends upon your perspective.

The way women see it:

The way men see it:

The way I see it:

I just hate wasting time looking for my stuff.  I want to put it back where I’m going to look for it.  In fact, it isn’t unheard of for me to buy something I thought I had, but just can’t find.  When I get home with it, I think, “Let’s see . . . where can I put this so that when I go looking for it I can find it?”  And when I open that drawer?  You guessed it.  I found the one I thought I had.

When I see something out-of-place, I make a note of it in my head.  The note might be a checklist of things that should be put away.  Or it might be a note that says, “If you’re looking for the butterfly bottle opener, this is where you’ll find it.”  Then I take a picture and file it under “Stuff that isn’t in a logical place” in my brain.  That file is found under “Stuff Bubba is likely to ask about.”

I don’t think Bubba has a file in his brain.  He just has an overflowing inbox.  When he wants to do something, he picks up whatever is on the top of the pile and does it.  He asks me where the tools are to complete the task, proudly points to his accomplishment, and goes back to his inbox.

Clearly, my brain is way too complicated.

2 thoughts on “When Men Lose Their Crap”