“Bloom where you are planted.”

We’ve all heard these words of wisdom.  Blooms are beautiful, and graceful, and showy.  They also smell good.  And who doesn’t want to smell good?  But the old adage sounds a little to me like, “Shut up and get back to work.”  I mean, making the best of things is always a good idea, but there’s nothing wrong with thinking outside the planter.

You may be a late bloomer, in full bloom, or just wearing bloomers, but I think we can all agree that blooming is good.  A bloom is a plant’s marketing campaign.  It’s like walking through Macy’s.  You’re only going in for the white sale, when all of a sudden you’re sidetracked by the bright lights and juicy colors of the cosmetic department.  Your head turns.  Left, then right.  The next thing you know you’ve walked headfirst into a woman spritzing you with this year’s version of Miss Dior Eau De Toilette.  Suddenly you’re dancing around like a bee on a stamen.

When someone tells me to bloom where I am planted, it’s usually because they’ve buried me in dirt.  “Sit here, I’ll bring you water when you look dry.  Now, do something fabulous!”

Last year I planted some zinnia and sweet alyssum seeds.  They came up great.  They bloomed where they were planted as expected, and at the end of the summer, I pulled them out and dragged their dead, lifeless carcasses to the compost pile.  Their job was done.  I gave them water, sunshine and the occasional human-to-plant conversation.  I enjoyed their grandeur, and I was grateful.

On the way to the compost pile last fall, a few seeds fell off and nestled into the scrappy little spot between our driveway and the neighbor’s.  In the spring, they germinated.  The seedlings were unnoticeable until their height surpassed those of the weeds.  Eventually demanding my attention, I realized they were unmistakably zinnia.  It wasn’t until a few weeks later I noticed the smaller, daintier white flowers of the sweet alyssum too. 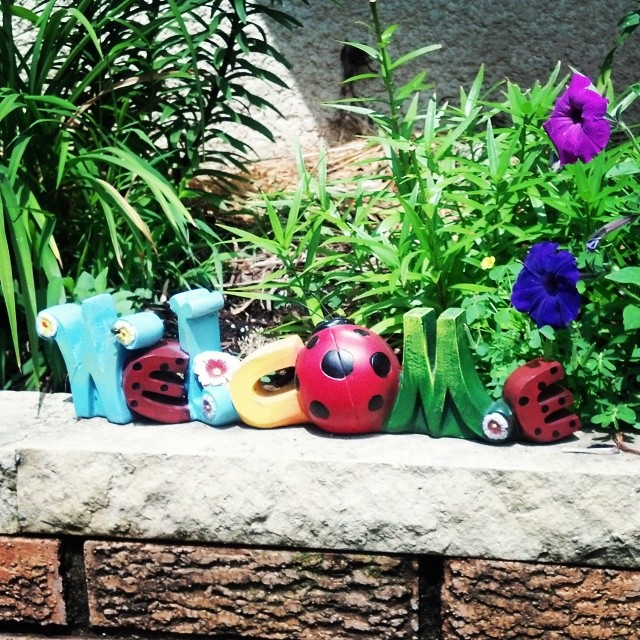 My front garden blooms every year.  It greets me on the way in, and rivals the draw of any cosmetic counter for the bees and butterflies.  But it was the courageous zinnia with its alyssum companion that made me smile the most this summer.

While weeding the cracks, my neighbor called from his backyard deck, “Don’t pull the flower!”  I knew they were smiling too.  And it made me think about Saint Francis de Sales’ words a lot.  I thought about the difference between blooming where you are planted, and finding a place to plant yourself. 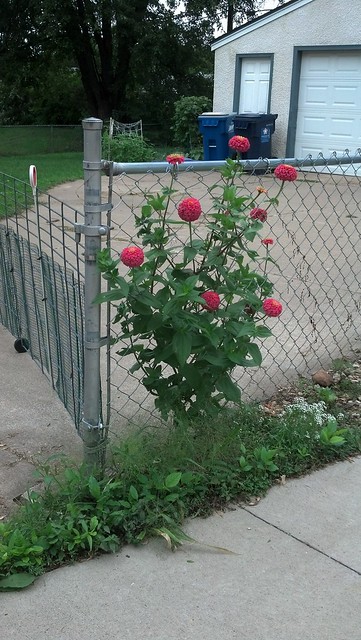 When you find a place you want to grow, you’re no less beautiful, and you smell just as good — provided you practice personal hygiene, of course — but it might take a little longer to get noticed, because people won’t expect to see you where they aren’t looking.  But once you rise above the weeds, and they get a chance to know you for who you are, you will make them smile.  You will be blooming in a place they didn’t even realize needed a flower, or knew that one could grow.

In time, you might even find that they make a regular garden out of it, and you can take pride in knowing that your blossom was the first of many.  And maybe . . . just maybe, as one day they haul your body off to the compost, one of your seeds will fall in a crack in some other forgotten space . . .

Or maybe that’s another story.

7 thoughts on “Plant Yourself Where You Can Bloom”