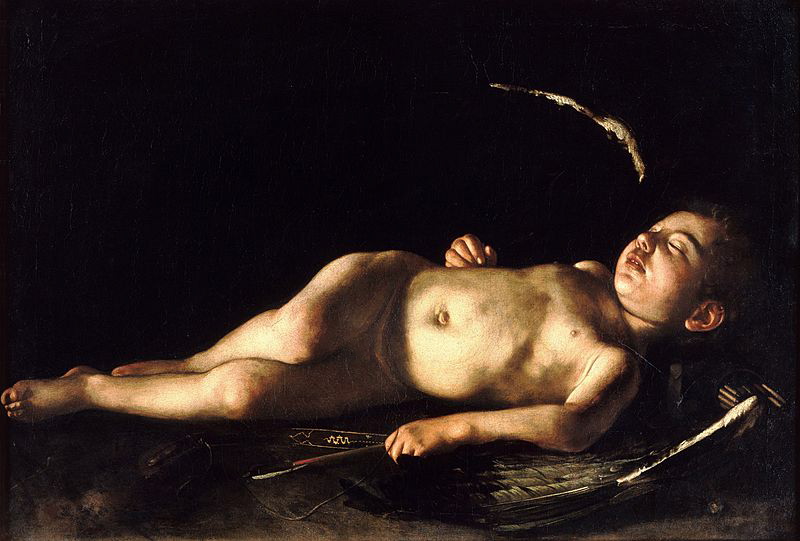 Cupid, pictured here, was found passed out in an alley, Thursday, February 14, 2013.  Witnesses allude to the smell of alcohol lingering in the air, but authorities have not yet corroborated this.  Cupid has been charged with indecent exposure, public nuisance, and possession of an unregistered lethal weapon.  Reports as to whether he will be charged as an adult remain unsupported.  While Cupid’s lawyers advised him to remain silent, sources say the minor was overheard making statements indicating he had been fired from his position.

Our network of reporters have learned that a team of do-gooders, led by one blogger using the alias of WholeyJeans has severely diminished the demand for Cupid’s work.  The blogger posted a seemingly harmless game, aimed at making good in the world while raising Valentine’s Day spirits.  The team proposed to turn February 14th from a day of unrealistic expectations and relentless let-downs to a day of love and peace for unsuspecting citizens.  It seems these purported do-gooders overlooked the expectations of a mythical winged boy with a bow and a dream.

The suspects are listed in the order of the prizes they received at the culmination of this game.  Prizes are not subject to be collected as evidence for Cupid’s defense, as they are intangible.

This lovely lady is awarding Lois at LivingSimplyFree a big pink heart.  There was supposed to be an authentic Cupid’s Arrow through it, but as his bow and arrow were confiscated at the time of arrest, none will be forthcoming.

Lois is said to have enlisted the aid of minors as carriers of valentines to unwitting elderly neighbors.  Other links to this ring include Lois’ middle name being that of “Jean.”  Coincidence?  This reporter thinks not.

First Prize Winner!
Recognizing someone who serves coffee with a smile, Irish Katie turned the tables, serving a valentine to her favorite barista!  This gutsy lass warmed the heart of the gal who warms her espresso.  Approaching someone in public demonstrates the lengths this ring will take to circulate their movement.

Honorable Mention
In an unprecedented move, WholeyJeans, having not mentioned this honorable prize, is awarding InSearchOfItAll an honorable mention.  If this participant is any indication, this campaign may soon cross all demographic and geographic boundaries. The senior citizen sent flowers across 2,000 miles to an ex-sister-in-law.  It has not yet been confirmed if these miles are as the crow flies.  Correspondence was cryptically coded, as “feeling blue” and putting “the pink back in my cheeks.”  Anyone with more information should contact authorities immediately.

Despite having bad experiences with February 14th, this member of the coup bought little boxes of conversation hearts for the girls in the office and Snoopy valentines for the lab.  Spreading joy one conversation heart at a time.  Sneaky . . . very sneaky.

Paula is an active member of the ring, dispersing Valentine jubilation to three innocent acquaintances, not to mention the “surprises” she had already mailed of her own accord before being prompted by WholeyJeans.

Kristin is thought to possibly be the organizer behind this whole ring.  Claiming this is “her kind of game,” she has enlisted her in-laws as her recipients.  With her organizing talents, Kristen could easily escalate this assembly of do-gooders monumentally.

Please be on the lookout for this list of suspects and approach them carefully.  They are considered contagious by local administration.  You may recognize them by the sparkle in their eye, infallible evidence of having received an “instant win.”

Thanks for playing, everyone!  I hope your “instant win” was as great as mine.